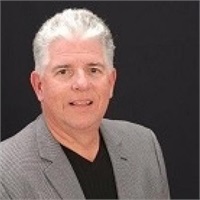 Scott Lake was born in rural Maine in 1962. He moved with his family to Fort Lauderdale, FL in 1976, graduating from Dillard High School in 1980. Scott went on to Florida State University, earning a Bachelor's degree in Finance in 1984.

Scott began his financial services career in 1990, joining the St. Petersburg, FL office of Metropolitan Life as a Registered Representative. In 1994, Scott was invited to join R.S. Williams and Associates, Inc., as Vice President and he assumed ownership of the company in 2000.

Scott enjoys inshore fishing on the west coast of Florida as well as hiking and mountain climbing in the western United States.

Scott, his wife Amy, and their three daughters reside in Clearwater, FL.